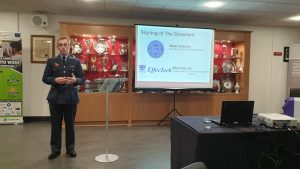 The event, held at the Bet365 stadium,organised by the Royal British Legion and Landau Ltd, also featured guest speakers and was attended by the Mayor of Stoke-on-Trent. 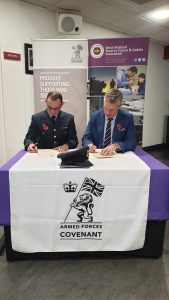 The Armed Forces Covenant is a promise by the nation ensuring that those who serve or who have served in the armed forces, and their families, are treated fairly. Companies can support the covenant by offering assistance to serving personnel, veterans and their families in a number of ways, such as employment opportunities.