EffecTech is committed to supporting the wider community in which it operates. 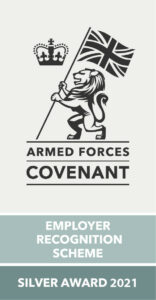 EffecTech is a signatory of the Armed Forces Covenant. The Armed Forces Covenant is a promise by the nation ensuring that those who serve or who have served in the armed forces, and their families, are treated fairly. Companies can support the covenant by offering assistance to serving personnel, veterans and their families in a number of ways, such as employment opportunities.

EffecTech’s CEO, Dr Gavin Squire said “I was thrilled to receive our notification that EffecTech has been formally recognised for a Silver Award under the Defence Employer Recognition Scheme. It gives me a sense of immense pride to be in a position to be able to support and recognise the sacrifices made by current and past Armed Forces personnel and to their wider families.

“It is only right that those businesses who are able to do so provide opportunities for employment and other forms of engagement through positive treatment during recruitment. After all, such people have had the best training in life skills any employer could wish for; skills that can be deployed to provide quick wins for any ambitious business.

“By giving back in our small way as payment for their selfless courage I hope that our business can make a difference to the lives of such amazing people.”

The West Midlands Reserve Forces and Cadets Association has more information and details of the other companies that also received the award.

To mark the Armed Forces Day and week, and to raise money for Combat Stress, the UK’s leading charity for veterans’ mental health, we had a socially distanced coffee morning on 24 June, 2021 with cakes, bakes and savouries made by staff, including red velvet cookies, cupcakes, summertime chia pudding, bara brith and salted caramel brownies.

The coffee morning raised £235 for the charity. 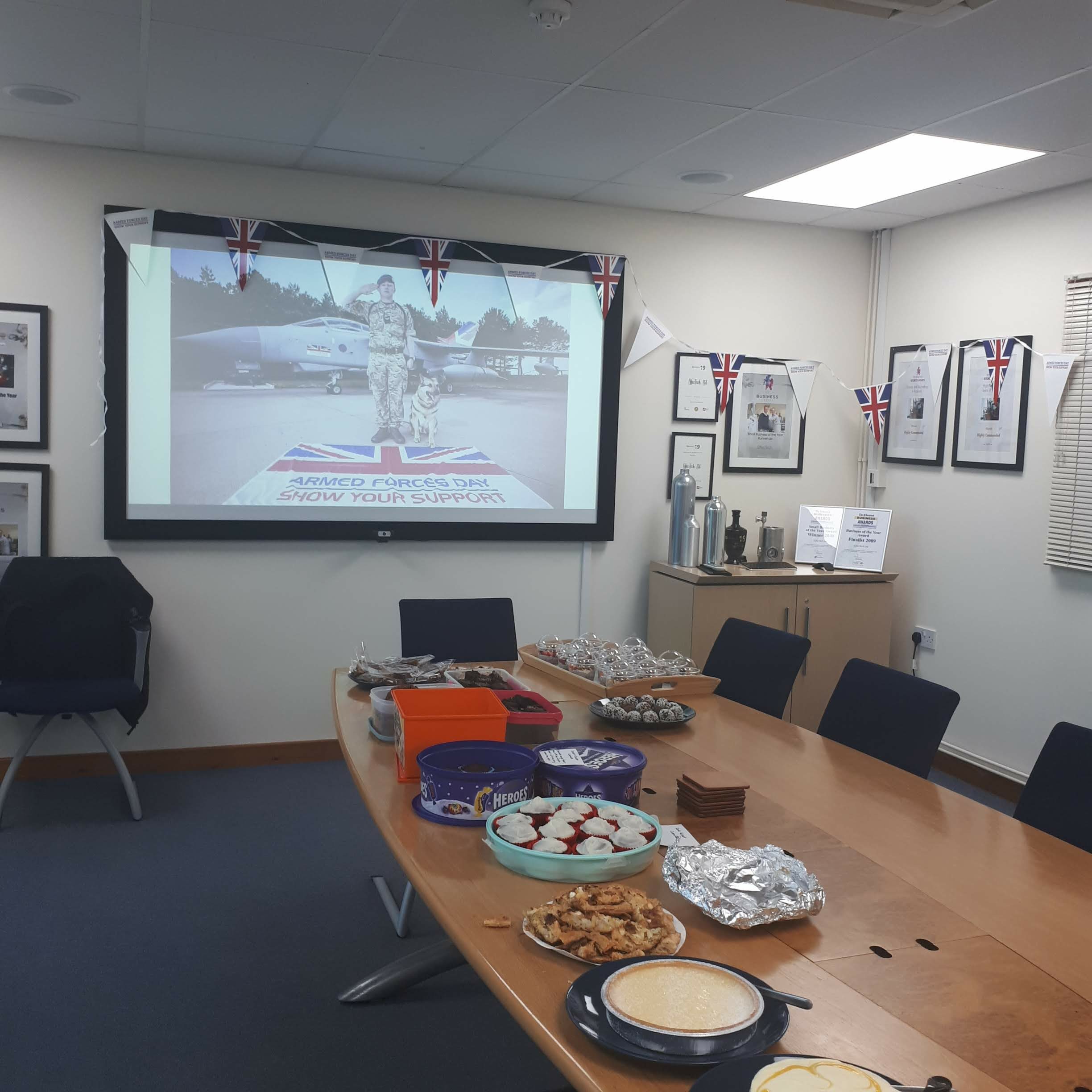 The image on screen is ©UK MOD Crown Copyright 2020.

EffecTech has sponsored a number of children’s football teams, including Barrow Town and Quorn FC, and has been the kit sponsor for the local Uttoxeter rugby team for boys aged 17 or under.

EffecTech sponsored the 2017 JCB Mud Run and company staff have participated in the race several times.

Return to the Community Engagement page

You can also access all of EffecTech’s UKAS accreditation certificates and scopes in our UKAS wallet.

This accreditation covers all calibrations carried out in the EffecTech laboratories and on gas quality measurement systems at customers' sites, including calibration gases and performance evaluations – Calibration Gases.

This covers the provision of the inspection of gas quality measurement systems – Performance Evaluation and Inspections.

This covers the provision of:

This accreditation covers the analysis of natural gas from customers' sites to determine the physical properties of the gas – Natural Gas Analysis.

As part of its commitment to staff development, EffecTech has successfully maintained its Investors in People (IIP) accreditation for over five years.

For more information about Investors in People, please see their website: www.investorsinpeople.com

What is a standard?

The International Standards Organisation website describes an International Standard as a document that “provides rules, guidelines or characteristics for activities or for their results, aimed at achieving the optimum degree of order in a given context. It can take many forms. Apart from product standards, other examples include: test methods, codes of practice, guideline standards and management systems standards.”

Why are standards and accreditations important?

Organisations that have successfully achieved accreditation to ISO standards have demonstrated their competence through an independent third-party review by their accreditation body. This gives customers confidence that their suppliers are using the latest approved methods and that they deliver what they claim to.

Under their accreditations conformity assessment bodies will carry out tasks/activities in accordance with applicable national, European and international standard(s), regulations and guides. For example under EffecTech’s accreditation as a calibration laboratory we can perform the calibration of gas analysers used for natural gas analysis in accordance with ISO 10723:2012.

These standards, which currently underpin the use of gas chromatography for gas quality measurement form the basis of many commercial contracts.